For my “Tech” class (TEKTEK01) we are creating a product and documenting the whole process. I have decided to document it on this blog. For this project we will be doing things like Market Research and a bunch more stuff that will be talked about in future posts.

I have decided to make or remake an old unity game of mine called Dodger that I made back in 2016 but of course with the extensive knowledge I have accumulated since then and the latest version of Unity (2019.2.12f1 at the time of writing).

As I mentioned in the first paragraph I am going to be documenting the process on this blog, the 2 first posts (including this one) will probably look a bit different to the following ones this is because after these it will turn more into a journal documenting the journey of making the game from moment to moment. So let’s get started…

Dodger “Classic” (as I will call it from now on) was a practice project, the first game project I finished and put up somewhere in Unity (I had it on my github.io page for a while before removing it for reasons I don’t remember). I remember trying to make an android version but never finishing it.

It was a 2D top-down game where you had a spaceship and dodged asteroids for as long as you could gaining points based on how long you survived, eventually I added the ability to shoot asteroids because my way of spawning them was completely random and would frick you up. It was far from a perfect game and not as fun as it could have been.

Here are a few screenshots of Dodger Classic: 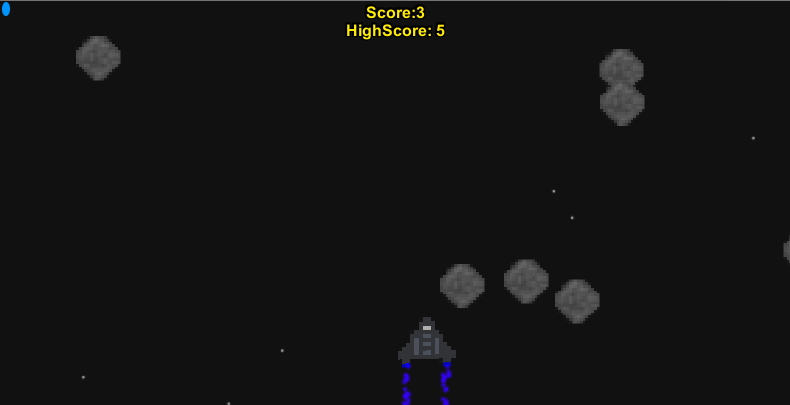 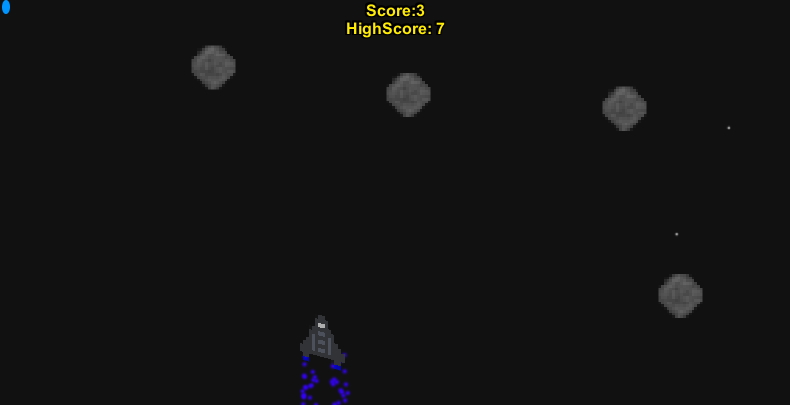 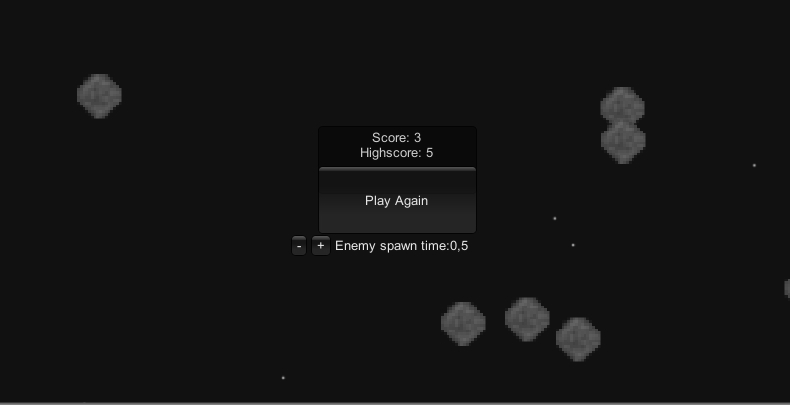 For DodgerV2 I ironically want to lean less into dodging and more into shooting asteroids. I also want to put it up on the Google Play Store as a mobile game, a PC version is also more than likely.

My current vision for the game is that the player has a spaceship that they are flying through an asteroid field, dodging and destroying a large amount asteroids for points. Each asteroid destroyed gives a few points and once you finally exhaust your lives your survival time is added to the score for your total. Taking a hit from an asteroid would take away a life and gives you a short (maybe 0.5 seconds) invulnerability period that you can use to recover.

Simple but hopefully fun gameplay, it should at the very least be more interesting than Dodger Classic. Below are a few drafts of gameplay and the main-menu and other ideas for the game. 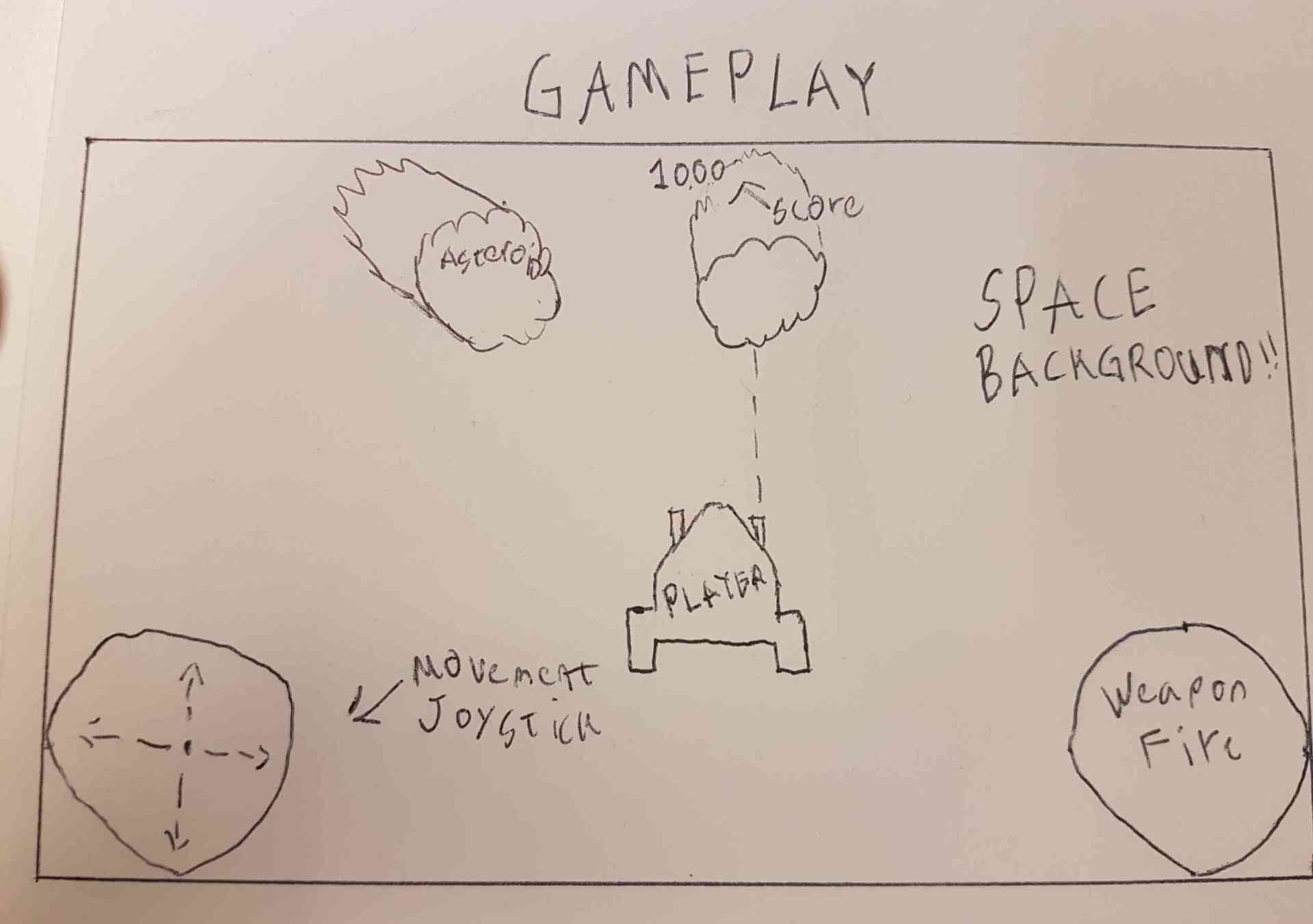 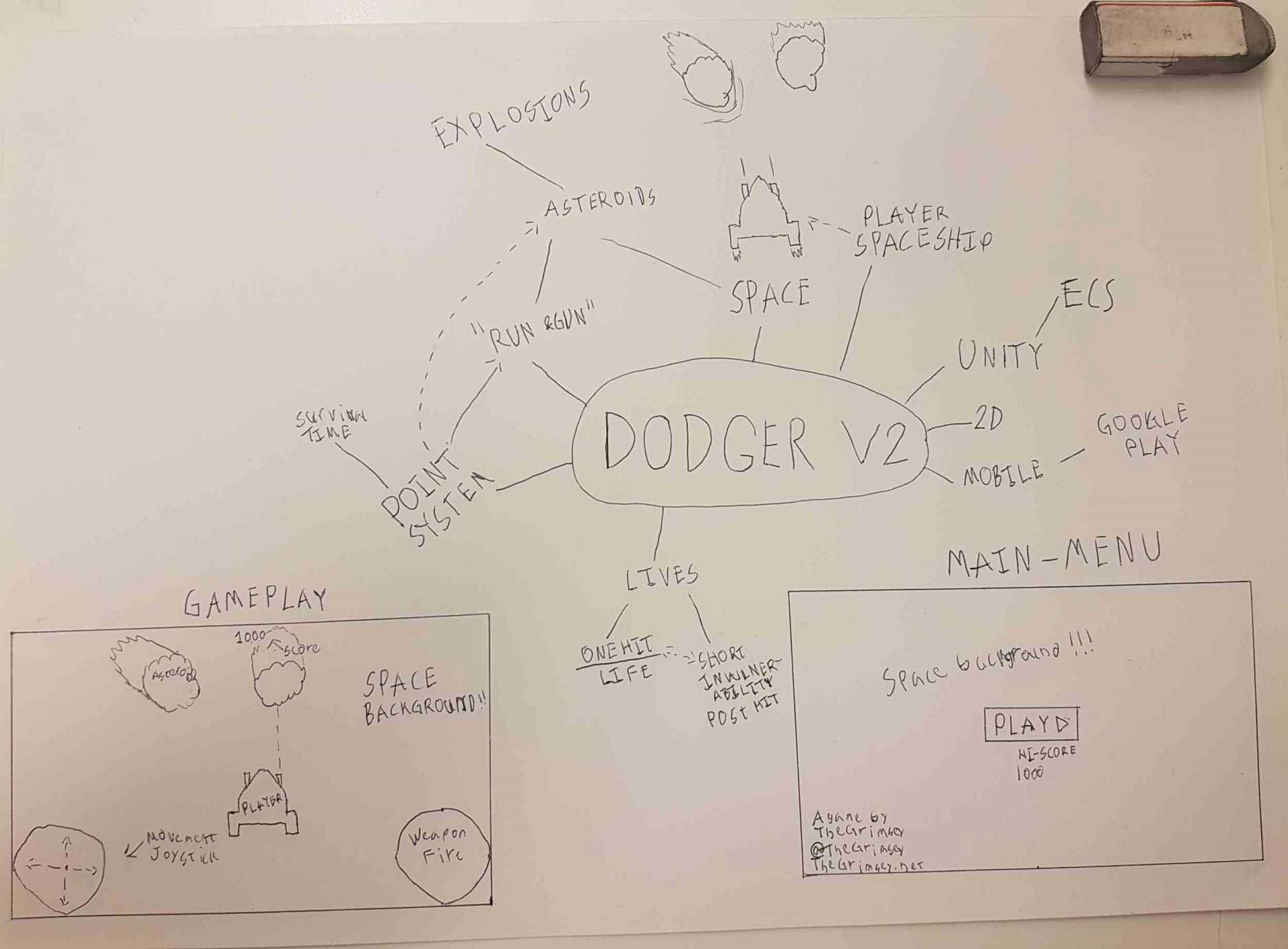 Looking at the big picture you get a small spoiler for the next post which will talk a bit about Unity and the interesting tech they have that I will be using.